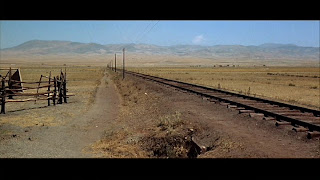 Imagine that you have just completed your debut film – a western shot in widescreen (aspect ratio). The distributor, however, has decided to release your film print in standard aspect ratio. What implications will this have for your original mise en scene? Why do you think the distributor made this decision?

The mise en scene of the image will not be lost. The strong point of the shots as it was originally suppose to be seen will be lost immensely. The sides may be cut off and the original meaning and representation for some of the ideologies and images for this film will be misconstrued. Even the edges of the frame that are seemingly insignificant will be missing. The frames will also seem flatter or a lesser amount of 3- dimensional effect because of the cutting down of the scene. Eventually in the watching of the film a great quantity of the depth will be lost because of the territorial spacing being cut.

The decision made by the distributor to release my film print on standard aspect ratio would definitely have an impact on my original mise en scene since it was shot in wide screen with an aspect ratio of 16:9. By releasing the film in standard aspect ratio 4:3 which is displayed by most standard televisions the composition of the frame will be cut off on the sides of it giving the viewers a different feel on the scene projected. This will affect the whole meaning of my shot since by being shot in widescreen there is more wide are that has been covered specially for a western film in which I wish to show more of the place and its surroundings. I would like to mention that aspect ratio is the ratio between the width and the height of a film image and this should be really taken into consideration at the time of filming.

The Mise en Scene may be altered depending on the technique used to change the aspect ratio. If black lines are added and the picture is compressed, the widescreen aspect can be retained, however an analog TV would cut off the sides of the frame. If pan and scan is used, the frame may not be exactly e=what the author wanted. Cropping would cut off the sides of the picture, and possibly mess with the depth of field.

Personally to be told that my film needs to be redone would be like a slap in the face by the production staff. The reasoning for choosing 16:9 is not one that is pulled out of the air, From a Cinematographer stand point it was something that was thought over and was a well planned decision for the purpose of the movie. If it came down to it I would search for another distribution studio that would Understand my creative choice's.

ALOT of the mise en scene would be lost.. Being that the meaning of mise en scene is the arrangement of objects in an open space, if they had to make the image standard from full screen alot of elements would be lost. Looking at the picture shown the depth of the picture will be lost. The train track might not look as long as it looks wide screen. In standard the framing would also have to be different because the wooden caraft on the left might also get cut out off a wide screen shot made to standard.

The decision of the distributor to make this step in implementing this ratio was so that we as the viewer would understand and see the difference in what is taking place.
(AD)

Tanifsher
I'm sure we all realize that the screen at the theater is bigger than your average television set; that goes without saying. Yet, most people don't realize that the shape of the screen differs as well. For the most part theater screens are shaped like a rectangle. The screen is wider than it is taller. Now when we look at standard aspect ratio, a technique called pan scan (P&S), which locates the "center of interest" of the image and fits in it the space available on your television would have to be used.
A scene that once showed two people sitting in a park surrounded by trees a slide and swings in widescreen, in standard aspect ration the audience would now only see the two individuals sitting on the park bench, the atmosphere would disappear. The Same would apply with in a shot with one person lying in their bed watching TV. In widescreen you would be able to see the room in is entirety, but when it is converted to standard aspect ratio you will only see the character’s face with the remote (maybe), you would lose the room and the television set.

In my opinion, the film would be different. The orginal has the most meaning and the shots are arranged to being at a widescreen view. Now that it changed, depth of having it in a widescreen view would view more of the area. I think the mise en scence would not change that much. It would change alittle just because its viewed on a standard format.

The Mise en scene of the film would be completely lost. This is because of the vision that was created by the director has been taken out by the change in it's form. The original set up of the characters in the space is was done on purpose and having to condence it because of the distributor would change the way that the audience sees and feels about what they're looking at. The distributor probably made that decision so that they could allow it to play in any theater that they wanted to sell it to. They were only concerned about the money. The essence of the film that director wanted to create was lost. The change in format takes away from how the scenes were originally supposed to look. The film isn't the same anymore. It wouldn't be a real western film without the wide-open range of shots showing the fields. 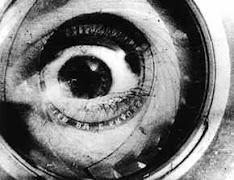